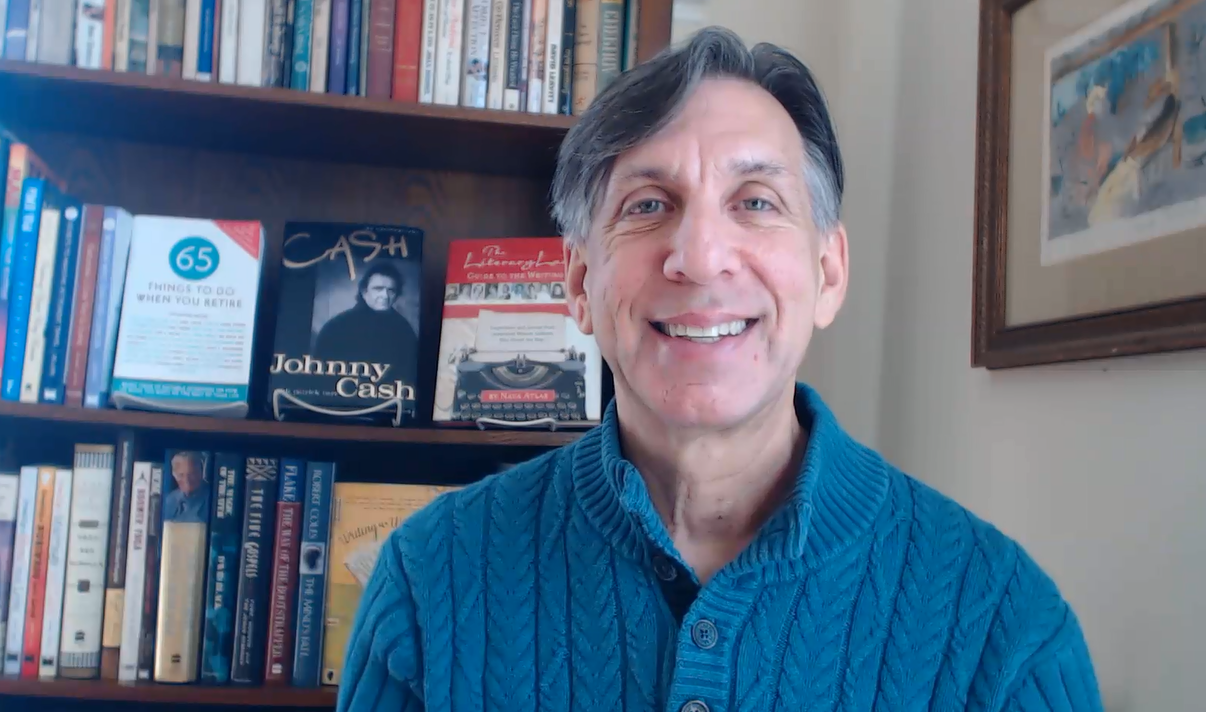 Mark Evan Chimsky is a poet and playwright who is dedicated to exploring themes of marginalization and injustice that will resonate with all audiences, and in particular the LGBTQIA+ community.

In his publishing career, Mark has edited a number of best-selling books, including Johnny Cash’s memoir, Cash.

In addition, he has taught at New York University in New York and he currently teaches at Emerson College in Boston.

An award-winning poet, he is also a contributor to The Huffington Post, The Good Men Project, and Thrive Global. Mark wrote the book and lyrics for The Road of Life, which received a staged reading in July 2014 at the Granite Theatre in Westerly, Rhode Island, and a workshop production in February 2016 at the Musical Theatre Society of Emerson College in Boston.

As a librettist and lyricist, he has written a number of full-length and short musicals. Mark wrote the book and lyrics for the original musical The Pledge, which received staged readings in September 2018 at the Sitting Shotgun theater company in Brooklyn, New York, and in May 2019 at the Forbes Center for the Performing Arts in Harrisonburg, Virginia.as part of James Madison University’s Madison New Works Lab.

The opening number from The Pledge was chosen for “Breaking Ground,” a concert of new musical theater songs at the 2018 New York Musical Festival.

In 2022, Albert will be given a staged reading by the Left Coast Theatre Co. in San Francisco.

For the past year, Mark was an inaugural member of Theatre Now’s National Musical Writers Group. A member of the Dramatists Guild, Mark resides in Portland, Maine.