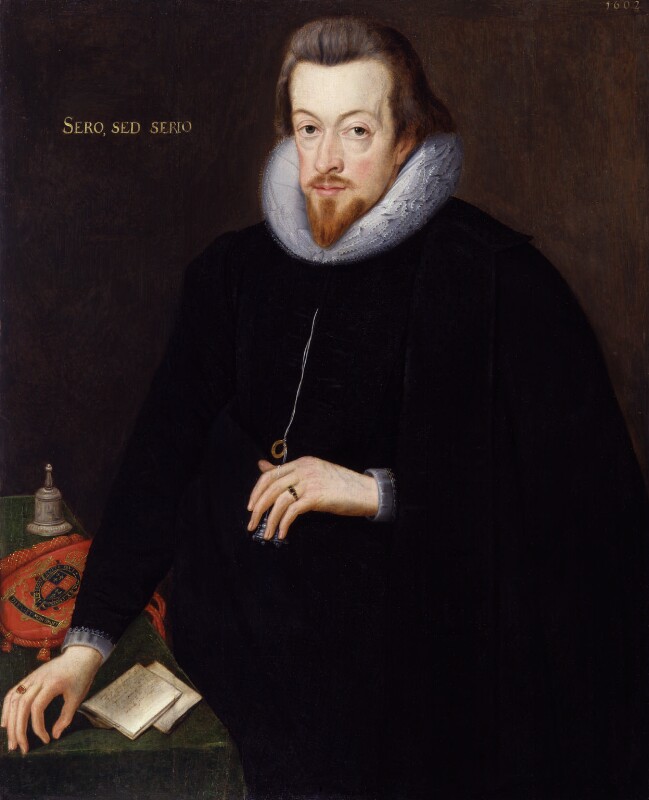 He was considered a model for Shakespeare’s Richard III, because both men wielded power ruthlessly and had the same physical disability – a hunchback.

This comparison, which must have been obvious to anyone going to The Globe to see Shakespeare’s play, must have rankled the proud Cecil, who saw himself as an educated aristocrat and not a treacherous tyrant.

However, even the Queen herself belittled Cecil (as it were) for his short stature, referring to him as “my pygmy” and King James nicknamed him “my little beagle.”

While a Venetian Ambassador praised his “noble countenance and features,” others were less charitable, and noted his “crooked back,” “wry neck,” and “splay foot.”

Would it be any wonder if Cecil felt a personal hostility to Shakespeare, a man not “to the manner born,” for making dramatic use of a character with similar physical features and drawing particular attention to his body: “Deformed, unfinished…so lamely and unfashionable that dogs bark at me as I halt by them?”

In the early seventeenth century, people associated Cecil’s “crooked back” with his crookedness as a man.

Though he had overcome physical obstacles to gain the confidence of both a Queen and a King, Cecil squandered his wealth and fame.