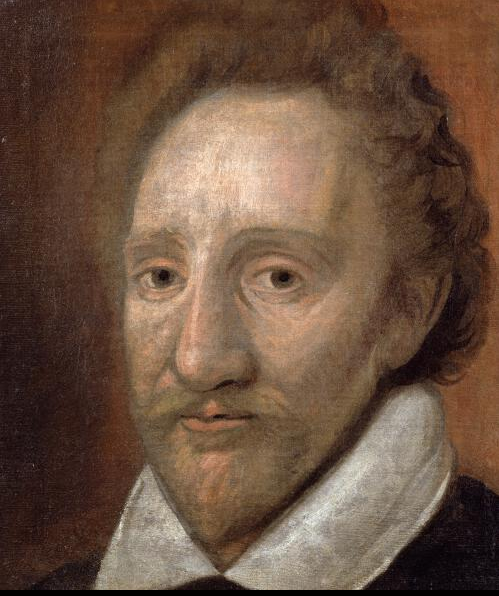 Richard Burbage (1567-1619) was considered the first great actor of his time.

His father was the celebrated theatrical entrepreneur Philip Burbage and Richard gained fame for his portrayal of such notable Shakespearean characters as Richard III, Hamlet, Othello, and King Lear in plays performed by his acting company the Lord Chamberlain’s Men.

After his father’s death, Burbage and his brother Cuthbert inherited several of his theaters.

When in 1599, they lost their lease on one of them, the Theatre at Shoreditch, Burbage and family members and friends decided to literally take matters into their own hands: in a spectacularly risky gambit, they took apart the entire edifice, brick by brick and timber by timber, and carried everything over to the other side of the River Thames and rebuilt it in Bankside as The Globe in 1599.

As a shrewd businessman, Burbage decided not to take on full financial responsibility for the theater but instead he and his brother retained 50 percent of the enterprise and sold 10 percent shares to five other men, one of them being William Shakespeare.

As a part owner, with both a literary and financial stake in the success of The Globe, Shakespeare