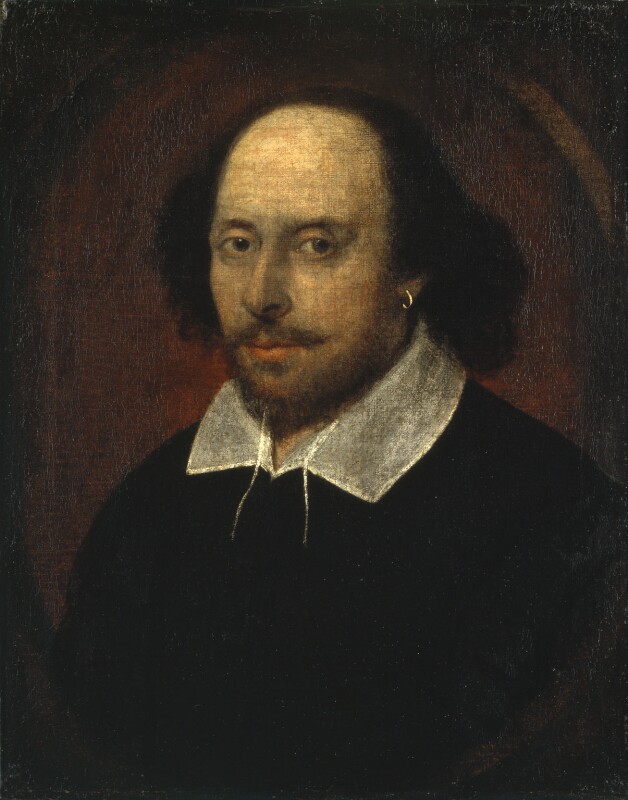 William Shakespeare was born in Stratford-upon-Avon on April 23, 1564.  Little is actually known about his life, which is why there has been so much speculation about him.  We know that his father, a glovemaker, fell on hard times after being charged with usury, and that young Will was pulled out of school somewhere between the age of thirteen to fifteen to help his father at work.

At the age of eighteen Will’s relationship with the twenty-six-year old Anne Hathaway resulted in her becoming pregnant.  They married in a ceremony that was arranged in haste.  A few years after she bore him three children, Susanna, and the twins, Judith and his only son Hamnet, Will abandoned the family and moved to London.

The evidence suggests that he burst upon the London theatrical scene first as an actor and then quickly gained fame for his early plays, like Richard III and Comedy of Errors, which he wrote for the company of actors he was associated with throughout his career, The Lord Chamberlain’s Men.  His only son, Hamnet, died at age eleven while Will was on tour in the provinces with his acting troupe.

The first recorded mention of Shakespeare comes from a rival writer, who snidely referred to him as “an Upstart Crow.”  He gained a reputation as being the smartest man in the room, and not being shy about letting others know it.  But he was generous with others and a voracious reader.  His love sonnets were written to a man (‘the fair youth”) and to a woman (the “dark lady”) but they were circulated and published without his approval.  His two authorized publications were works of poetry, Venus and Adonis (1593) and The Rape of Lucrece (1594).

In Elizabethan England, poets commanded greater respect than playwrights, and even though Shakespeare’s two volumes of poetry were successful in terms of popular sales and critical acclaim, he declined to pursue a career as a poet.  Instead, he devoted himself to writing plays and curiously enough refused to have them published during his lifetime, though unauthorized and bootleg versions were distributed.

Shakespeare retired at the age of forty-seven and lived out his days with his wife Anne and his family in  the second-largest house in the town of his birth, Stratford-upon-Avon.  There is no record that he had a romantic relationship with anyone during the prime of his life in London.  If he did, he decided to keep it secret for there are no love sonnets that have survived after the early sonnets to the fair young man and the dark lady.

When he died on April 23, 1616, Shakespeare’s will bequeathed his wife Anne “their second-best bed,” which has led to much speculation – was this a slight because he didn’t leave her their best bed or was it more a matter of practicality – since a couple’s second-best bed would have been their marriage bed, with the first best bed reserved for guests?

Thirty-six of Shakespeare’s plays were published in 1623, seven years after his death by two friends of his, Henry Condell and John Heminge, both actors with his company of players.  If not for their dedication to preserve the plays, a majority of them would have been lost to history.